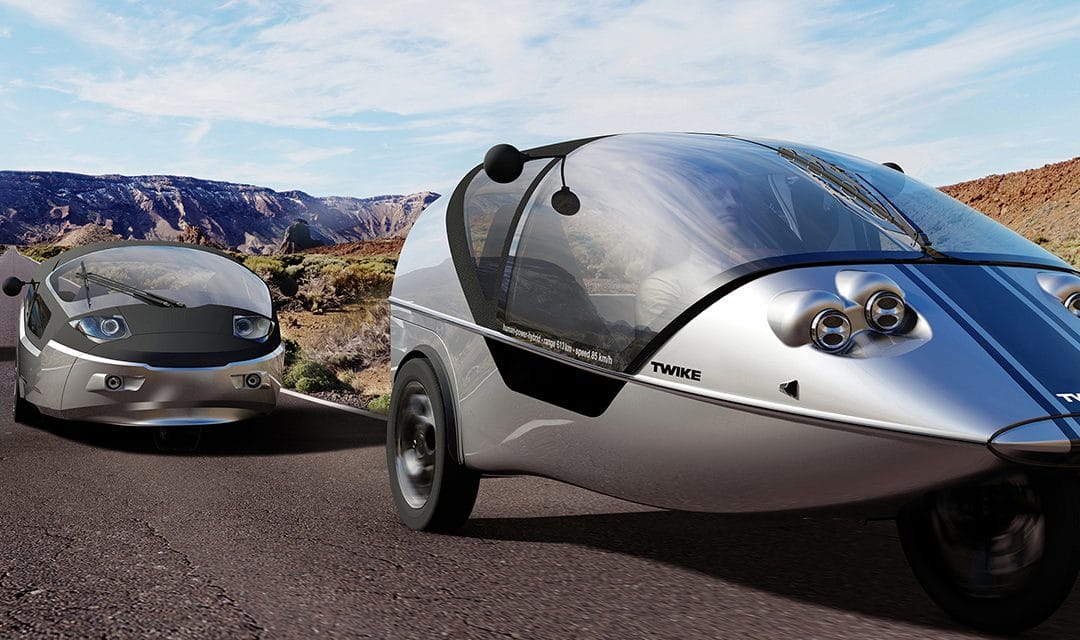 It was in the summer of 1995 when an idiosyncratic vehicle was presented to the media at BASF’s press conference at the Hockenheimring; not a prototype, but the first vehicles in a series. The special thing about it was not only the novel vehicle concept and its aircraft-like shape, but also the fact that more than 200 customers were already eagerly awaiting delivery of their vehicle.

Sustainability shaped the philosophy from the ground up. Simply constructed like a tractor, but as light as an airplane, it was to embody the mobility of the future. At least 10 years of service life was the goal. In the meantime, a large part of the TWIKEs produced at that time are still on the road every day after 20 years, and new TWIKEs from the production of FINE Mobile GmbH in Rosenthal are added every month.

The ongoing development is hardly visible on the outside. In the battery area, however, and in the electronics, the TWIKE has integrated the latest technologies, so that over 600 km of range and connection to today’s communications world can also be retrofitted to the first vehicles.

The anniversary gives the TWIKE Club Switzerland on August 15, 2015 the opportunity to trace the history and share memories of the last 20 years. Pioneers like former National Councilor Francois Loeb will tell stories from the 1998 North Cape Challenge, pictures from the adventurous participation in the 2007 Solar Challenge through Australia or the WAVE Tour through India and much more will bring back memories. Innovative personalities shaped history. After a short tour of the Basel area, there will be an opportunity to talk to people at length and enjoy the ambience in Gelterkinden.