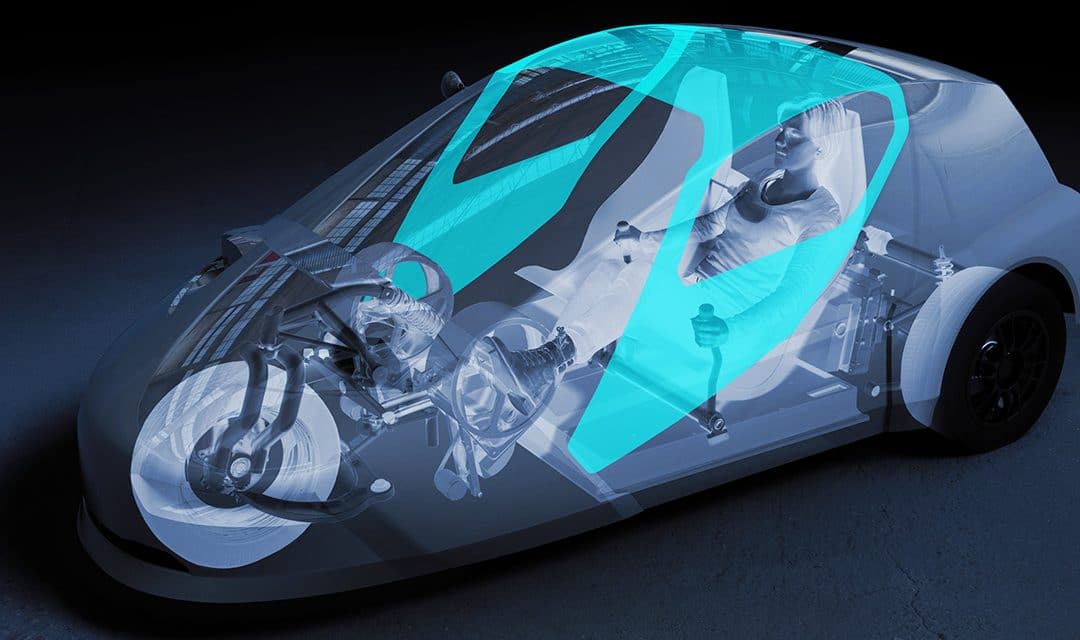 … the gate makes wide. This first verse from the famous Advent song of the same name was also used by fans of the smallest BMW at the time to describe the ingeniously different way of entering the Isetta. The door of the Isetta opened to the front, but tilted slightly upwards due to the slanted axle.

The TWIKE 5 will also allow itself a special solution at the entrance, once again impressively demonstrating the genes of the TWIKE 3. However, the ergonomics have been further developed and so to enter a TWIKE 5 we will only have to lift our foot over a comparatively low side sill.

The specifications for the access opening listed requirements such as easier access, higher rigidity of the body, larger viewing angles, low weight, low center of gravity, simple mechanics, few moving parts, good water drainage, and so on. The solution was not immediately obvious, as the opening mechanism is strongly dependent on the design, or the pleasing implementation of the opening process. And while the opening of the TWIKE 4 was still closed with a simple fabric, the wooden model of the TWIKE 5 was already being used for experiments with spatial models of a wing door and the optimal alignment of the diagonal opening axes. The question was always how to make the design even more ergonomic, even lighter, even more robust.

The tried and tested vertical swivel opening of the TWIKE 3 has been reinvented, but without the heavy windshield, and with a better positioned swivel axis. The design result will next flow back into the upcoming design briefing in mid-February. Then the new requirements for the exterior surfaces will be incorporated, and we will also start with the interior design at that time. We are as excited as you are! 🙂