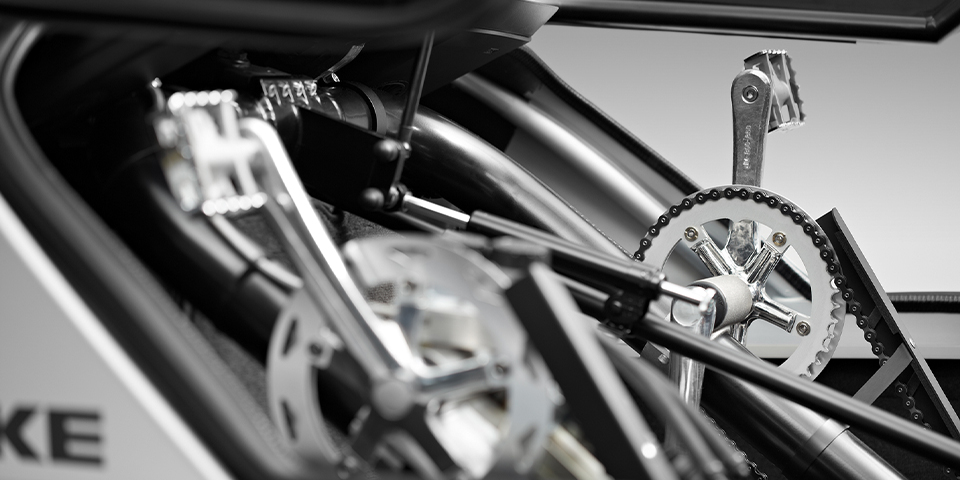 Repair instead of buying new is the motto

Of course, we also want as many TWIKEs as possible to roll over the roads. But we also strive to find the right balance between economically viable quantities and a product that is oriented in all respects to the goal of sustainability. That is, it should be durable. The TWIKE was intended as a sustainable vehicle from the very beginning. Not only in terms of not using fossil fuels, but also in terms of its longevity. High-quality construction was intended to counteract the throwaway mentality. In addition, the TWIKE community focuses on repairing rather than buying new, as evidenced by the long life cycle of the vehicles.

Already the TWIKE 3 is designed to be repaired by an experienced vehicle mechanic. This leads to the fact that the TWIKE has a very long life. Even today, many pilots are still on the road with the TWIKE 3, which was launched back in 1995. For special repairs, there are a number of TWIKE partners who are well versed in the technology.

The most important points in the inspection are not so much the body (because this does not rust), but rather the condition of the wearing parts (e.g. tires, bearings of the chassis) and especially the condition of the battery. In this case, a status report can be read out from the battery electronics, which allows a statement to be made about the remaining service life.

Used TWIKE are hard to find

Proof of the TWIKE’s longevity is the demand for used TWIKEs. But these are highly sought after and hard to find, because most TWIKE pilots are real enthusiasts and usually do not sell their vehicle. Nevertheless, it happens that a TWIKE pilot parts with his vehicle due to new life circumstances (addition to the family, new job, etc.). But demand far exceeds supply.

A used TWIKE in good condition with a usable battery can cost from about 9,000 euros upwards. The lowest realistic price without batteries is between 8,000 and 9,000 euros. If there is no used battery, a new battery must be inserted (from 4,500 euros), which increases the price of a second-hand TWIKE through a dealer to 9,000 to 12,500 euros.

Even after the release of the TWIKE 5, we do not expect a significant drop in the price of used TWIKE 3s. New TWIKE 3s are even more likely to increase in purchase price, as these models will only be manufactured on request after the start of production of the TWIKE 5. Some customers ask us if they can trade in their TWIKE 3 when purchasing a TWIKE 5.

In principle, this is possible. We prepare a value appraisal in our workshop and subsequently make a purchase offer. However, considering the foreseeable quantity at the time of delivery of the TWIKE 5 and the associated assumption of a warranty for the used vehicle vis-à-vis a new customer, our offer will be less attractive than the sale directly to a new owner – here warranty risks can be excluded and accordingly the vehicle can be calculated more favorably.