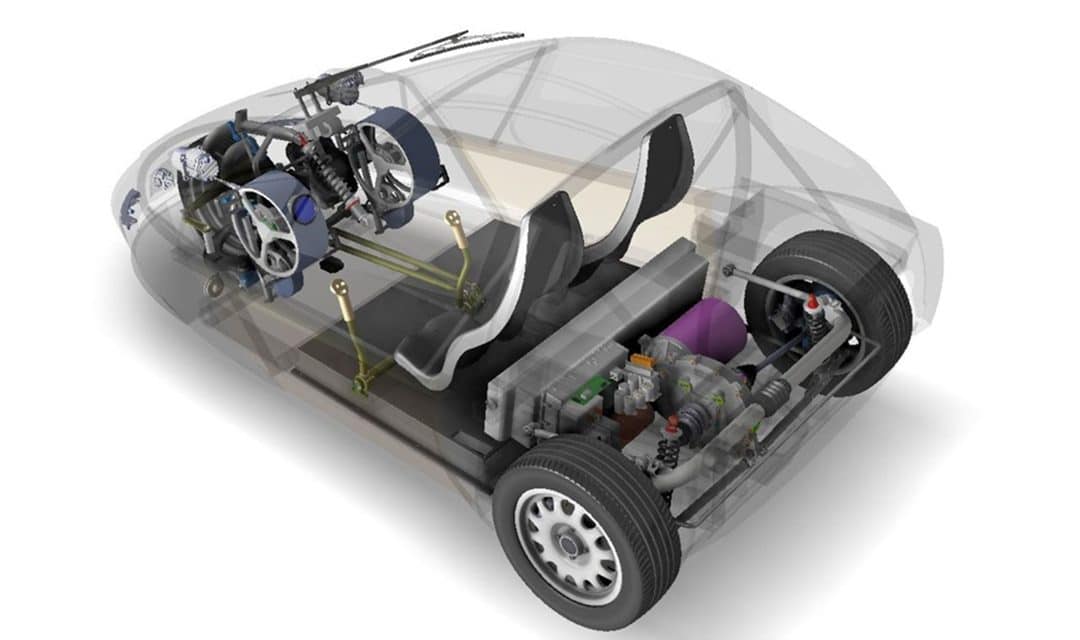 After the vehicle assemblies such as the TWIKE 5’s powertrain and chassis have already been presented, here is an insight into the development of the on-board electrics and electronics.

In his master’s thesis, TWIKE employee Adrien is working on the integration of modern human-machine interfaces (HMI), the interfaces between the vehicle electronics and the user’s input and output options. The overall package developed is so universal that it can be used as a central element for entertainment and data communication for the upcoming TWIKE 5 as well as an extension for the existing TWIKE 3 at the same time.

The basis is a freely programmable microcomputer called Raspberry Pi, whose hardware can be built up and expanded as desired to respond to a wide variety of requirements. Thus, the data of the older RS485 bus system of the TWIKE 3 as well as the CAN bus information of the TWIKE 5 can be read out with this system and displayed in any form or used for further evaluations and calculations. The image shows the energy consumption and distance profiles recorded during a test drive with the TWIKE 3, which can be used for display on a mobile device, for example. A prototype app for smartphones already exists for this purpose, which communicates with the vehicle via WLAN and opens up a wide range of other possibilities.