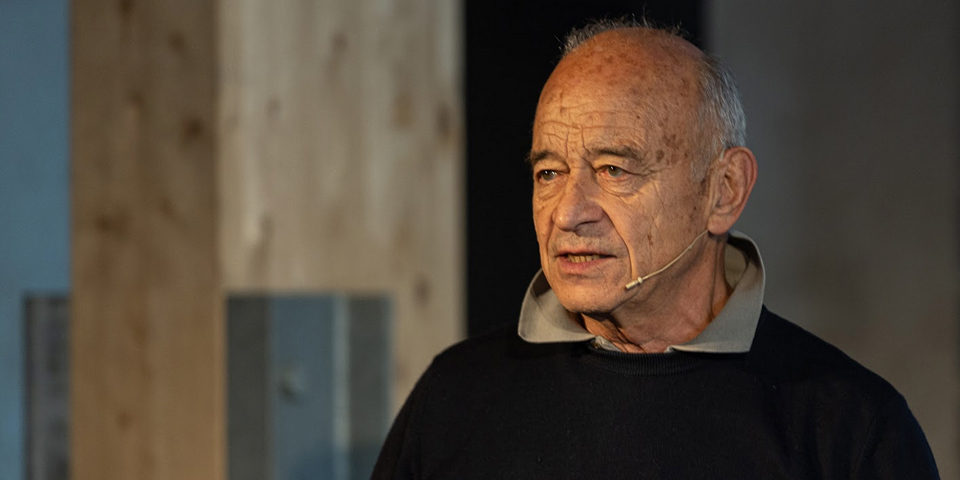 We wanted to build a highly efficient means of transportation that would at the same time offer its pilots the driving comfort they are used to today. Reconciling both goals was definitely a challenge. Not least in view of the fact that we had once again decided on a tricycle for weight reasons. The fact that we were able to win over Dr. Axel Pauly, a top-class engineer, vehicle developer and vehicle dynamics expert, was a decisive factor in untying this Gordian knot.

The name Axel Pauly is a household name in the German automotive industry, especially when it comes to chassis. He is not only one of the authors of the Handbook

Automotive Technology, a standard work published by Vieweg Verlag, and has himself worked in engineering education at the Technical University of Munich. Among other things, he worked for VW, most recently as Technical Director of its development company IAV, one of the world’s leading high-tech service providers to the automotive industry. At BMW, he was Head of Functional Integration and Safety Control Systems and there, for example. played a leading role in the development of superimposed steering, an active steering system in which the steering angle of the steered wheels is adapted to the driving situation and speed by a mechatronic system.

Officially retired in 2008, Pauly continues to be active as a freelance developer and also in teaching. This is also how the contact with TWIKE came about. As part of a series of courses at the supplier Schaeffler, participants drew his attention to our vehicle forge. “The Martin Möscheid could use your expertise,” they said, according to Pauly.

Since a Delta three-wheeler cannot support roll around the vehicle’s longitudinal axis via the front axle, the rear axle has to perform extended functions compared with a four-wheeler: In addition to lateral support, it also provides stabilization. Consolidating these functions into the rear axle while controlling costs and (technical) ballast was the task – an efficient solution was needed.

“For me, it was an extremely appealing task; I felt a bit like I was traveling back in time. Until the 1990s, people simply wanted to make cars better. After that, the focus was increasingly on making them more “attractive,” on creating incentives to buy. Models are getting bigger and wider, with technical assistants providing stability.” says Pauly. With the TWIKE, the old claim of being extremely good, of being able to pilot the vehicle safely and pleasantly right up to the limits, counts again. “Driving dynamics, my hobbyhorse, became the focus of development again with the TWIKE 5.”

“The idea was to build an axle where the camber angle is constant and does not change when the vehicle rolls. The solution was a hybrid between independent suspension and rigid axle – so the vehicle can tilt without the wheel following the tilt. All other functions should be the same as with normal independent suspension.” The new development for TWIKE is called camber-active rear axle and, in addition to the low center of gravity, provides stability and lateral guidance. 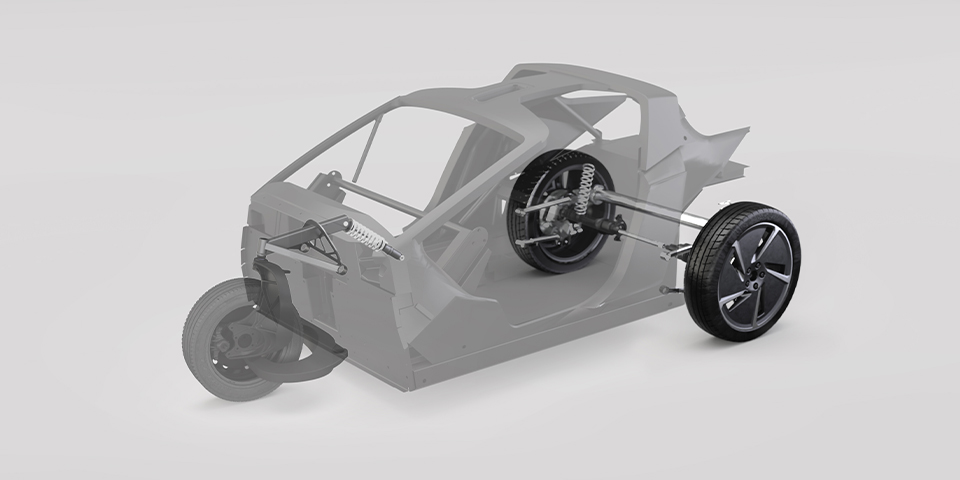 Unlike the majority of components used in the TWIKE 5, we are therefore unable to use standard components. The wheel carrier is an aluminum casting to be specially manufactured. However, other components such as brakes and the axle tubes, which are important for transverse guidance, are again standard components that are also used in large series by other manufacturers. The requirements for efficiency and high driving dynamics were thus impressively met.