The sitting generation – How the TWIKE promotes fitness 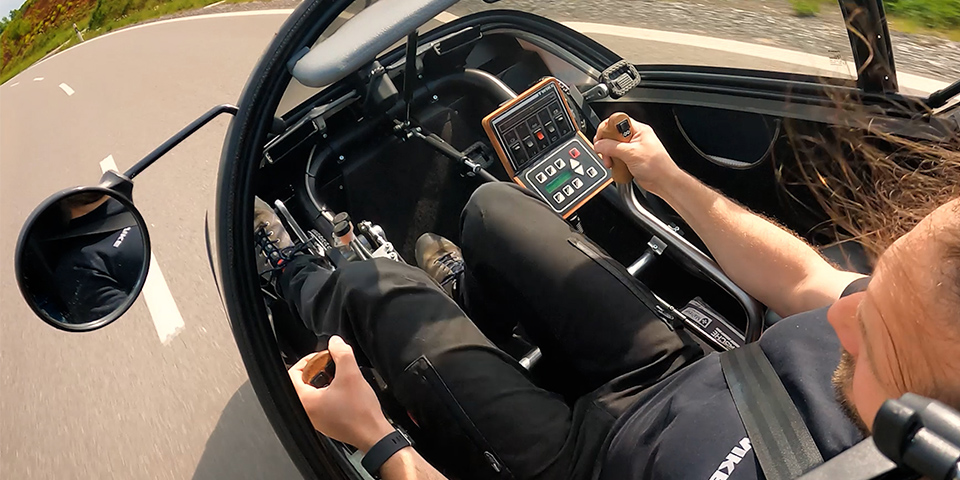 TWIKE not only offers a vehicle that does not use fossil fuels at all. It also promotes the fitness of the pilots. An integrated pedal system can increase the range of the TWIKE while promoting your own health. We sit all the time: on the way to work, in the office, in waiting rooms and at home on the couch. Most people in Germany have a sedentary job. This means they sit for more than four and a half hours a day and have no exercise. The number of “perpetual sitters” is steadily increasing, according to a study published in 2020 by Spain’s Universidad Rey Juan Carlos (URJC) in Madrid. According to the report, the share of sedentary occupations increased by 7.4 percent between 2002 and 2017. In Germany, two-thirds of men and half of women work predominantly in a seated position.

Cardiovascular disease as the most common cause of death

Why is permanent sitting unhealthy? First of all, there is the low calorie consumption. People who sit a lot leave their cardiovascular system and metabolism constantly running in energy-saving mode, which can lead to cardiovascular and metabolic diseases in the long run. In addition, a lot of sitting puts a strain on the leg veins, shrinks the muscles, and sometimes leads to poor posture, which in turn can lead to tension and joint disease. Finally, permanent sitting also leads to increased fatigue and restricts concentration.

US researcher James Levine therefore compares the harmful effects of sitting with smoking and has coined the slogan: “Sitting is the new smoking!”. This conclusion cannot be completely dismissed out of hand. Looking at the causes of death in Germany, it becomes clear that one in three people die of diseases of the circulatory system – and sitting down a lot probably plays a part in this, along with poor nutrition and an unhealthy lifestyle (too much alcohol, smoking, sugar).

The TWIKE promotes fitness. It is true that pilots also sit while driving, but with two crucial differences: you sit ergonomically and you can move around while driving. And exercise is the key to preventing diseases of the circulatory system. The pedals in the TWIKE allow ergonomic support and thus back-friendly sitting, but also a faster reaction in case of emergency braking (pedaling backwards regulates the hydraulic braking system with the pedal pressure). Turning forward, you can do simple circuit training as well as increase the range at will and other driving style.

The function of the pedal generator is the same as that of an ergometer, but in addition the generated energy can be used afterwards for the ride. Pedaling can increase the range by up to 10 percent (depending on how you drive). The physical activity also leads to increased alertness in traffic.

The seating position in the TWIKE supports the natural curvature of the cervical and lumbar spine (lordosis). The simultaneous support of the legs by the pedals promotes blood circulation and avoids excessive stress on the leg veins. The TWIKE’s sports program can be operated both while riding and while stationary. So it is quite possible to pedal and charge energy into the battery even when stationary, both during the red phase and in the garage. In the future, a direct link with fitness apps is planned.