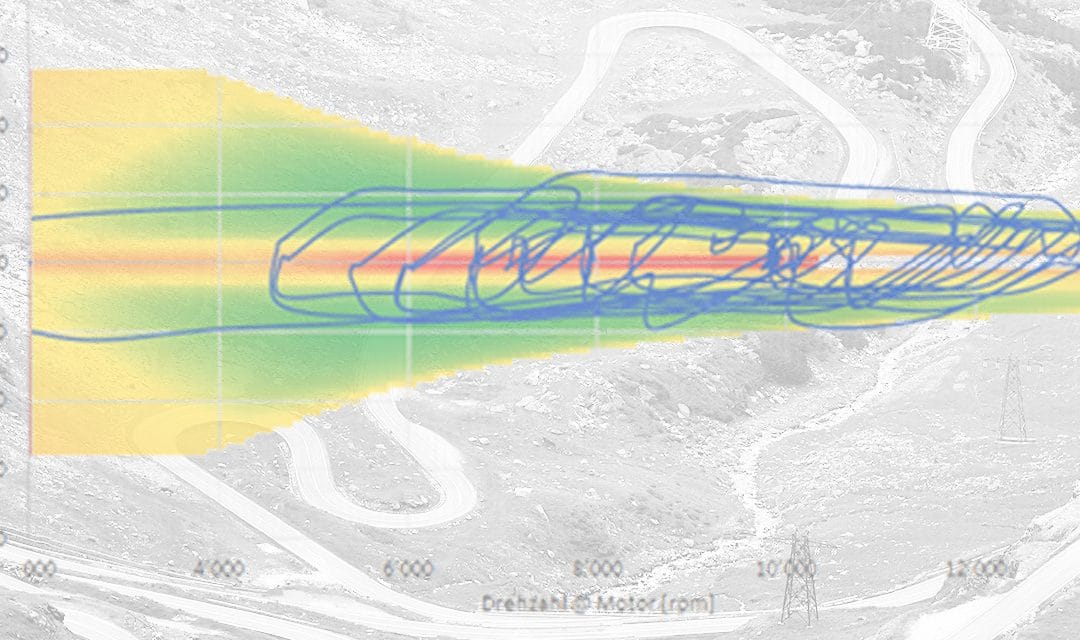 The key ingredients for high energy efficiency in a vehicle are low weight, the smallest possible frontal area and a minimized cw value. Friction components from transmission and wheel bearing points also play a role. And in all these disciplines, the chosen components and characteristic values of the TWIKE 5 defined in the design process will set the benchmark high for other market players. But what about the efficiency of the electrical components, e.g. motor, inverter and also the battery?

The designated performance data of the TWIKE 5 (vmax 190, 0-100 <4sec) do not suggest low consumption at first glance. Experience has shown that a large internal combustion engine requires more fuel due to higher internal friction and larger masses. Even an electric motor cannot escape the physics involved in these influences. However, an electric drive is already in a different league due to the system and the influences on consumption are less serious.

In order to assess the effects of the dimensioning and interaction of all components relatively early on, the characteristic values of the influencing components determined by measurement can be applied in computer models with load profiles known or agreed from practice, e.g. the WLTP cycle defined for determining standard consumption, but also a more demanding load profile of a Nordschleife driven in a race, and the expected consumption determined in the computer simulation. In these simulations, conclusions can also be drawn about the heating to be expected and the cooling capacity to be provided as a result.

Since the TWIKE 5 is intended to take up the cudgels for high-performance electrically powered three-wheeled vehicles, routes were selected for the underlying load profiles that are certainly not driven on a daily basis in practice. In Germany, the famous “German Autobahn” is known first, which could in principle be driven at the TWIKE 5’s possible maximum speed of 190 km/h currently envisaged. Insiders are familiar with the 20.83km Nordschleife of the Nürburgring. And as a reference especially for demanding mountain ascents is the ascent of the 2,504 m high Großglockner Hochalpstraße.

The TWIKE 5 should show its qualities on all these routes. This is already the case in current simulations. The highest priority in all our efforts is to keep consumption as low as possible. If we succeed in transferring all the theoretically based characteristic values into practice, then a consumption of less than 7.5kWh/100km will set the bar sportingly high for the following low-consumption vehicles.