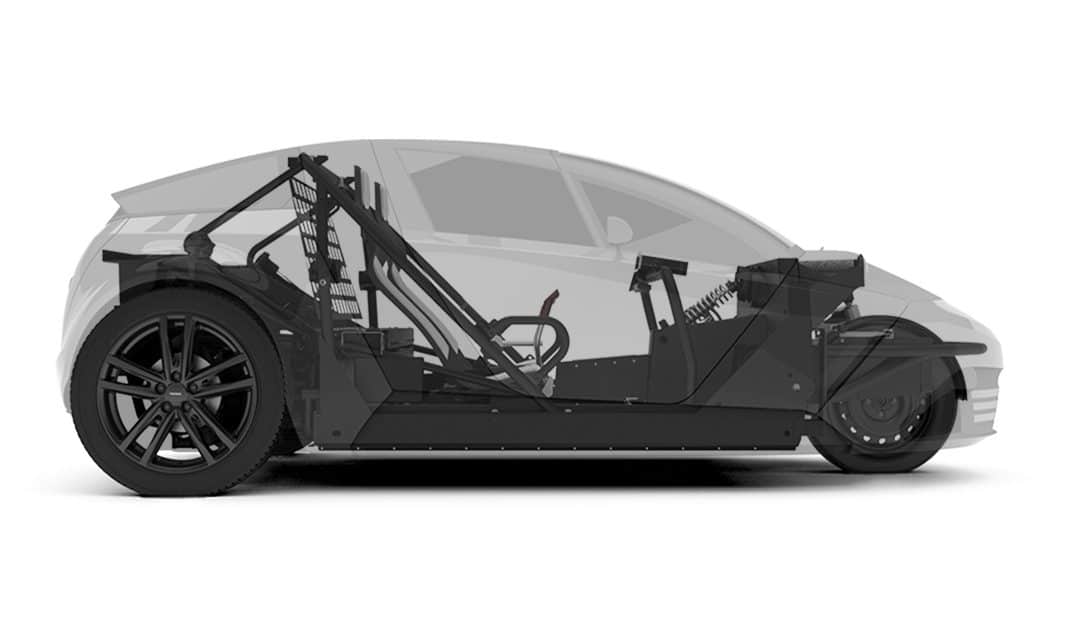 Whew, that was more exhausting than expected.

The concept phase cost us quite a bit of energy and took a bit longer than we had initially allowed ourselves. The result is impressive and we are proud of what we have already achieved as well as of the good cooperation of the entire development team and the support of the supplying companies. Once again, we were shown the critical limits of such a development concept in all areas and became painfully aware of the complexity of vehicle development. This is because every detail, every decision on a component, a choice of material or a dimensioning is in a compelling relationship with the adjacent component or the requirement for the assembly in question. And all decisions as a whole are influenced by a matrix of constraints, be it requirements on weight, manufacturability, availability, recyclability, costs or the approval conditions, to name but a few.

Actually, it is not complicated, but very complex.

Thus, seemingly small changes or simple adjustments to a geometry suddenly entail time-consuming development loops because a supposedly simple purchased part will not be available to us in the required version in the foreseeable future. This in turn results in a renewed search for a suitable component that can ensure suitability and availability. At the same time, it means getting CAD data, scanning it if necessary and converting it back into data readable by the CAD system, and readjusting the development at this point. Finally, these must be coordinated with the adjacent surfaces or components. In a good team and under time pressure, this also produces gray hairs, but we have been able to achieve very good results in the last three months. And with these we are now going into series development.

Although initial simulations were already carried out in the concept phase and these already gave valuable indications of critical load paths of the frame structure, the hour of the calculators now strikes again. The CAD data of the shell created in the concept phase are checked for plausibility and discontinuity, meshed and subjected to forces known from typical crash cases but also from the known driving load cases and thus validated for their suitability. Knowing that there is no social acceptance of absolute safety in an automobile, CAE (Computer Aided Engineering) tools provide the best possible tools for optimizing vehicles in terms of their protective function and associated dimensions and resulting weight.

The calculation results then flow back to the design department in multiple rounds, which, taking into account the targeted total weight and the target center of gravity position, adjust the design and modify it until an optimal result can be confirmed. In parallel, the production processes are already being planned in more detail, the material flow defined, the space required for the production processes determined, the purchasing conditions and delivery lot sizes agreed in initial contracts, the qualifications of the employees working in production determined, and the logistical process of material receipt but also vehicle provision planned. Likewise, with the collection of initial documentation of the components worthy of testing and the reconciliation of the documentation with the legal approval requirements, the procedure of approval is prepared . These have become much more stringent in recent years, causing considerable additional work in documentation and in some cases also driving up component prices, as more stringently formulated requirements have to be met on the supplier side.

Actually not complicated, but very complex.

The illustration shows an X-ray view of the current design status. The frame structure, which is shown in dark, will be manufactured in the next few weeks and supplemented with all the components relevant to driving to form the driver test vehicle (FET). The drive components and all components of the EE architecture relevant for the FET are being worked on in parallel and the anticipation of the first test drive already makes our hearts beat faster.