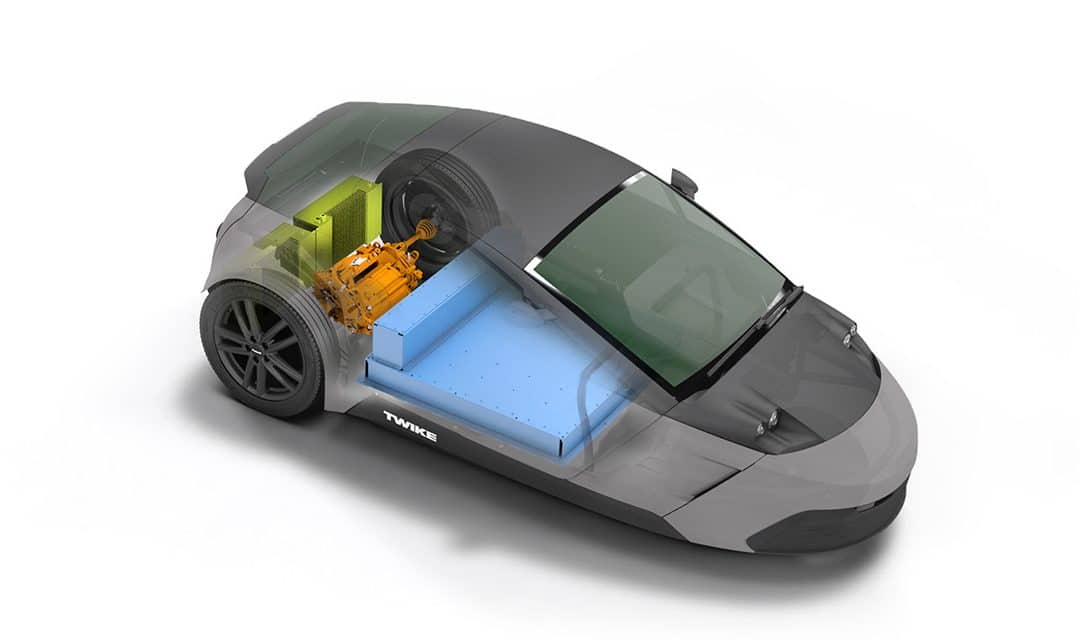 With its electric drive system, the TWIKE 5 can cover an impressive acceleration sprint from 0 to 100 km/h in less than 3.8 seconds. This value is shown by a simulation tool, which is used primarily to estimate the expected consumption.

But does an electric vehicle already optimized for lowest consumption of under 7 kWh/100km have to prove such brute acceleration maneuvers at the same time? This question already arose in a similar way when the maximum speed of 190 km/h was announced, which seems and is absolutely out of date as a permissible driving speed.

So why such an emphasis on performance for this three-wheeled vehicle concept, which is initially associated with a certain instability? And that is precisely where the motivation for this balancing act lies. The TWIKE 4 is a “proof of concept” that demonstrates the performance capability of the new axle concept, which has been further optimized in detail in the TWIKE 5.

Now not everything has to be realized just because it is feasible. And which acceleration value will ultimately make it into series production is not yet determined with the theoretical possibility either. But to prove it with a combination of all the properties (light, aerodynamic, high electrical efficiency, agile and safe driving dynamics) and thus whet the appetite for sensible light electric vehicles, that will also make a splash in marketing terms, entirely in the spirit of its federal forebear for the entire industry.

The concrete customer benefit will be noticeable in an ubiquitously rich acceleration behavior and a robust design that is gentle on service life, resulting from the large thermal reserves of the drive system. Trying to push the system to its limits will reveal itself in tire wear, because the tires will deliberately be the weakest link in this drive chain that transmits about up to 1,800 Nm.

Being able to draw from this deep torque cellar when needed will be a big part of the driving pleasure, besides all its sense of brilliantly low consumption and the possibility to keep one’s body sporty during the trip. In our estimation, the TWIKE pilot will not want to measure acceleration. He just wants to have enough.