“There is nothing in the world as powerful as an idea whose time has come.”

Get in. The energy turnaround has three wheels, room for two people and weighs less than 600 kg. Our contribution to a better world travels over 500 km on one charge and consumes the equivalent of 0.5 l/100 km.

Converted because, as an electric vehicle, the TWIKE dispenses with fossil fuels as far as possible. The new TWIKE 5 is not just a nose ahead of the automotive market, but several steps ahead.

There is no vehicle with which you could travel with similar efficiency. For TWIKE pilots, the energy transition is already part of everyday life.

Welcome to the future.

Those who ride TWIKE are different. More sporty, for example. You can support the drive with your own muscle power. But you don’t have to. Sit back and enjoy the ease of silent gliding. Only flying is supposedly more beautiful.

The principle of coupling man and machine is very simple. On the TWIKE 3 you mechanically support the drive shaft, on the TWIKE 5 you generate electrical energy. Both systems have one thing in common: When you pedal, the battery is relieved and the range increases. But more importantly, with the daily portion SPORT you increase and maintain your physical fitness.

We know of no vehicle for which the designation “sports car” would be more appropriate.

We have been continuously developing the TWIKE for 20 years. The range has increased tenfold in this time and depends on the battery size selected for the TWIKE. A battery with a capacity of 9 Ah in the TWIKE 3 already allows a range of up to 65 km with normal driving, with seven batteries with 63 Ah even up to 450 km.

The performance of the TWIKE 3 is already good for much more than just “floating along” in city traffic without any problems. The TWIKE is also nippy on country roads and even suitable for short freeway journeys.

However, those who like it brisker will be pleased with the TWIKE 5.

But every mobility need is different. Some TWIKE pilots use the TWIKE to commute to work, others tour to the North Cape.

Where are you going to TRAVEL? 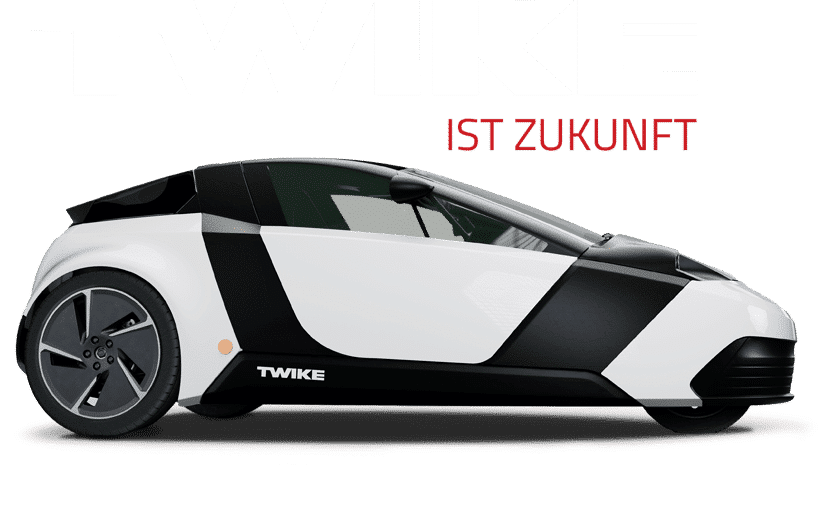 
Sign up for the newsletter now and always stay up to date.