The inconspicuous little w in the cw value stands for resistance! 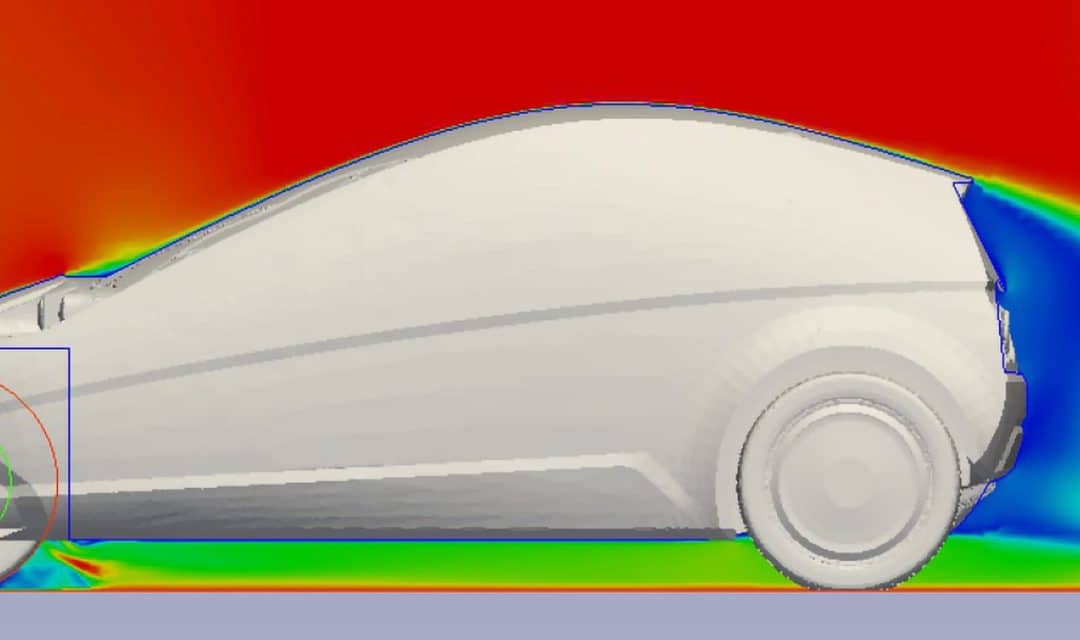 Actually, the surface of the roll bar and the windshield frame were considered set and we suspected only delicate detail optimizations in the front and rear areas of the outer body to achieve the targeted “better than 0.25” for the cw value, the so-called drag coefficient of the TWIKE 5. Admittedly, with its relatively short length of 3.15 m, the vehicle’s body ranks more with the short city vehicles, which usually have a cd of around 0.35. Also, on such a short vehicle length, a 1.54 m wide body cannot be contracted in the rear like a VW XL1, for example. But this one also has a cd of 0.19, and in our first simulation calculation for the TWIKE 5 we still clearly have a 3 behind the decimal point. And that’s a no-go.

In order not to have to rework too much of the created development work and thus possibly trigger more extensive and profound packaging loops, it is now necessary to redesign and optimize the surface until we have reached 0.25 or a better cw. This also has an impact on the roll bar, which was actually to be derived from the exhibit shown at the Geneva Motor Show. Shape and size will foreseeably change minimally, which is unlikely to be noticeable to the eye, but would rule out the present body for targetable pretesting.

Overall, we ourselves are dissatisfied, especially about the resulting delay of all work of certainly 8 weeks. In order to avoid further delays, external development partners were commissioned, whose control initially means more time expenditure, but which will pay off in higher development speed and quality. A next blog entry will report on the contribution of the development partners and progress with the cw value.

November 15 2019 update
After initial revisions to the body surface, a cw value of less than 0.27 could already be achieved with a more recent calculation. We are now quite sure to reduce the value noticeably in further loops.