BODY IN WHITE or THE PARETO PRINCIPLE 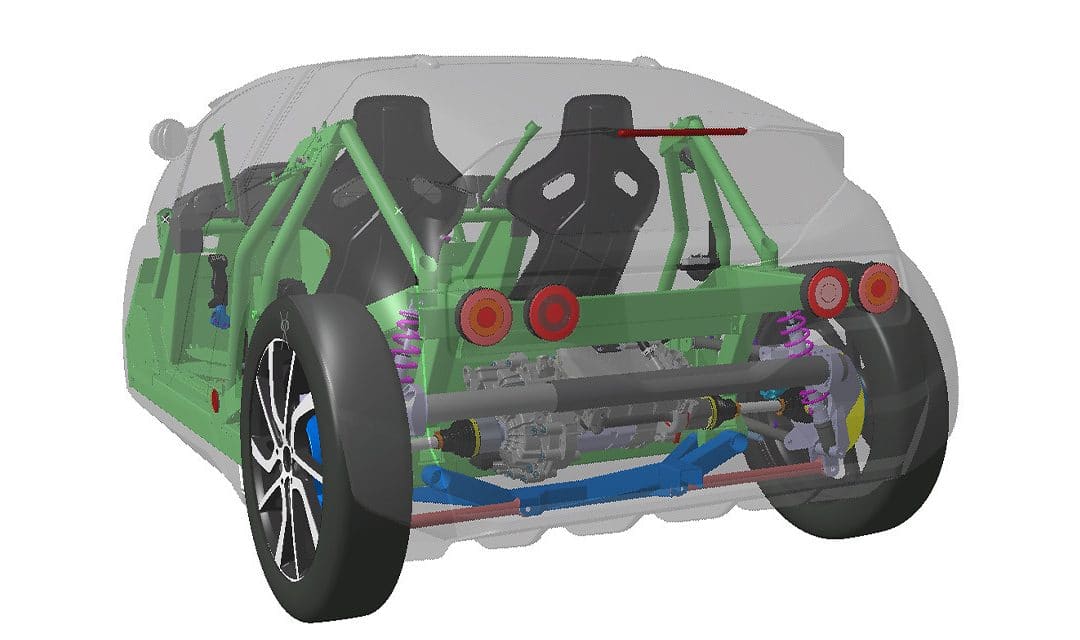 The body-in-white of the TWIKE 5 is currently undergoing its foreseeable final development phase before it finally makes its way from the developers’ CAD programs to the prototype workshop in a load-path and weight-optimized sheet-metal shell construction. A positive aspect was that the chosen design allows relatively uncomplicated modifications. The accompanying simulation calculations already show that further improvements in weight, cost and stiffness can be achieved.

In addition to all the advantages, however, the 80/20 Pareto rule also comes to mind: because the additional 20% improvement is clearly noticeable, but the associated effort is also grueling in terms of time. To our relief, we have to state that the revision was driven less by a pure desire for optimization, but was necessary because changes from the suspension and the positioning of the engine required it. This is because the drive unit now specified for series production has a slightly different form factor and this required an adjustment of all adjacent components (position of the rear axle tube, drive shafts, connection and type of engine mounts) and thus also of the bodyshell that connects everything.

Changing the position of the rear axle tube again required readjustment of the mounting location of the chargers. As a result, the chargers also had to be slightly adjusted in their dimensions, which was achieved with a beveling of the edge of one side panel that appears simple in retrospect. Fortunately, the housing design of the charger was also in progress at this time, so that the corresponding modification was not critical in terms of time and cost. If there had been no available space under this charger housing wall, the rear design would have had to be touched again. The associated change loops should not even be listed here, we are just grateful that the optimization could be completed so invisibly.

The adaptation of the frame concept cost time, but allows the weight and stiffness to be optimized once again. It was also possible to further optimize the assembly concept with regard to time-saving workflows during installation but also during potential removal of the drive unit. The complete unit, consisting of the motor, inverter, transmission, drive shafts, wheel carriers, trailing arms, wishbones and the de-pauly rear axle developed specifically for the TWIKE 5 now sits as a sub-assembly on a summarizing sub-frame. This subframe supports the pre-assembled assembly and closes the rear after mounting to the vehicle frame, thus making a decisive contribution to the rigidity of the overall structure. This now possible pre-assembly as a subassembly also helps to keep costs within the target window and promises to make the final assembly process more reliable.

Time-critical for the start of production (SOP) is currently the all-connecting frame (Body-in-White), which is why there is currently the greatest pressure to act here and we have therefore dedicated this news article to it.