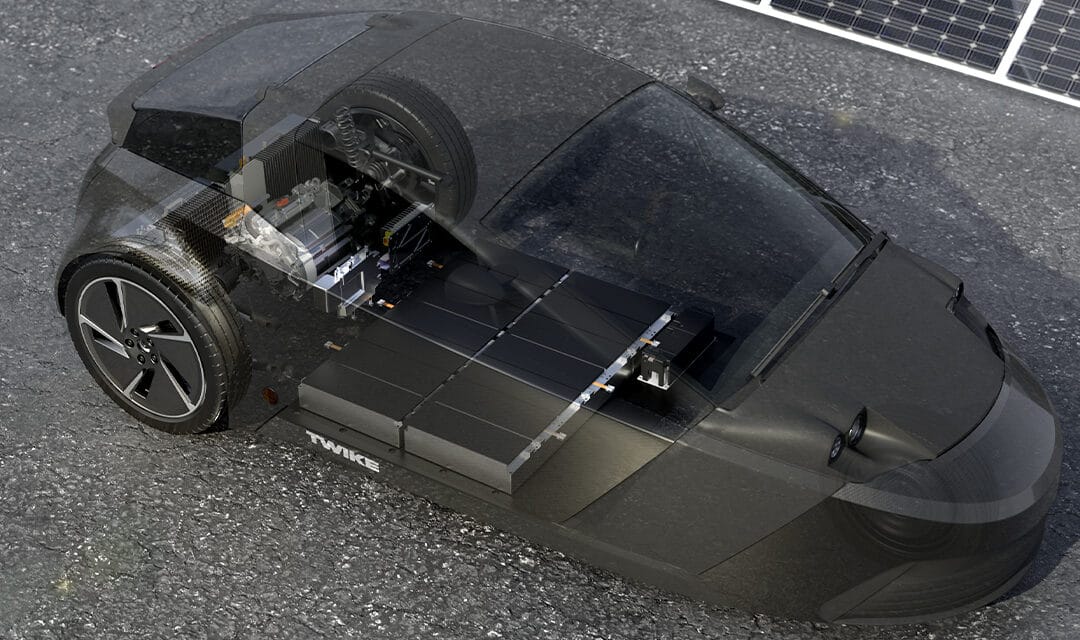 Battery power supply is the technical Achilles’ heel of electromobility. While manufacturers are already recognizably superior to the classic combustion engine in terms of motorization, mobile electricity storage continues to present them with challenges. Of central importance here is the relationship between size as well as weight and storage capacity. As a result, the currently available battery technology forces manufacturers to compromise on the range of their vehicles.   In the course of its twenty-year development history, the developers of the innovative TWIKE three-wheeled electric vehicle were also repeatedly confronted with the question of how to reconcile limited space, targeted weight and electric range by selecting the appropriate energy storage system. For the most sporty and at the same time most powerful Model 5 to date, the developers opted for the widely used 18650 design. The cylindrical cell is used in notebooks and flashlights, for example, but was also used for years by electric car giant Tesla in individual model series. Since the introduction of the TWIKE 3, presented in 2007, the Hessians have relied on the standard battery.   The news that production of the preferred cell was discontinued by the usual manufacturer last year proved to be correspondingly drastic. A compatible successor variant was not offered by the market at the same time. “Such an event is naturally a worst-case scenario for vehicle development,” recalls Martin Möscheid, managing director of TWIKE GmbH. “The search for an adequate alternative caused us some headaches. After all, we had to reconcile the limited supply with basic vehicle features.”   The limited space in the TWIKE 5’s underbody, where the batteries are housed, proved to be a particular challenge. After intensive research, the VDA format finally presented itself as suitable. With a height of 108.5 mm, the alternative required only a modification to the sandwich structure of the battery box. Once again, it proved to be an advantage that TWIKE 5 can completely dispense with active cooling thanks to the low stress on the battery while striving for high durability. A panel heater was integrated into the battery box only for vehicle operation in sub-zero temperatures.   As a positive side effect of the necessary adjustments, the stiffness of the main frame was additionally increased. In addition, the battery electronics have been integrated into the sandwich body, reducing assembly times and freeing up additional storage space behind the seats. As a result of the switch to the new battery format, less small-scale tuning of the charging capacity is possible. TWIKE 5 will therefore only be offered in two versions: one version with about 18 kWh energy content and a range of about 250 km and a second model version with twice the capacity (36 kWh) and consequently twice the range (500 km). As a relevant compromise, the VDA format is recognizably heavier. Other components also proved to be heavier than originally envisaged in the course of vehicle development. However, the developers were able to offset the negative effects of the additional weight with aerodynamic modifications. Furthermore, the additional battery weight causes a lowering of the vehicle’s center of mass, additionally improving the TWIKE 5’s driving dynamics. “We have learned over the years to always face new challenges,” Möscheid explains. “After all, we are treading new paths with TWIKE, where we are a few steps ahead of the automotive industry in many areas and have to react correspondingly flexibly to short-term changes.” In the coming months, TWIKE will conduct further tests to help select the appropriate battery manufacturer and confirm the suitability of the VDA format for series use.

For a common exchange, feel free to visit our blog.